The Most Anticipated Luxury Hotel Openings For 2022

From a spectacular cliffside retreat in Montenegro to a historic urban hotel in London, we have curated a list of highly anticipated hotel openings for 2022 worldwide. Many of these properties have continued construction despite COVID-19 as long-range investments but could still be delayed in opening due to any new restrictions from each country.

This year we have listed all new properties and residences by hotel brand so that luxury travelers can visit their trusted favorites. Also, for the first time, a theme park hotel has made the list of luxury openings due to its high-end price.

Located 90 minutes from Manhattan, Wildflower Farms offers up 140 acres along a lazy river that embraces free-standing cabins with views of the Shawangunk Ridge. With 65 free-standing bungalows, cottages, and suites, all in contemporary cabin-style aesthetic featuring individual fireplaces and large terraces. There is also a Spa with an indoor saltwater pool, outdoor swimming pool, and spa tubs 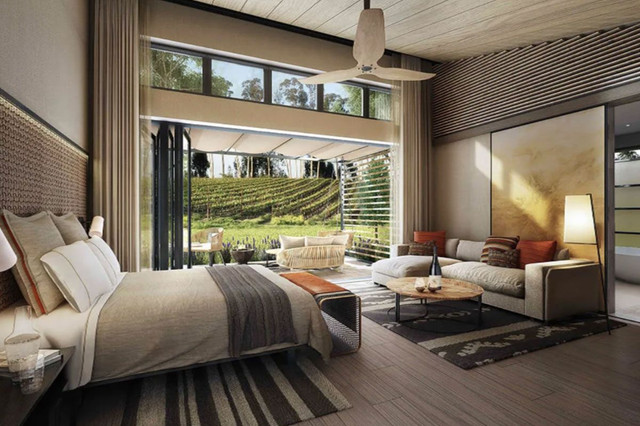 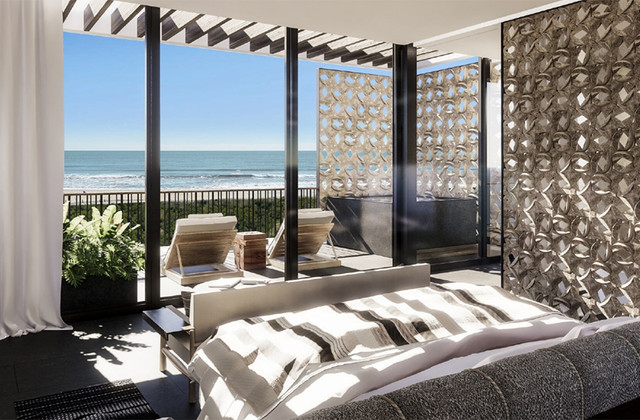 Located near Rabat’s town center, the new 120-room hotel will be part of the exclusive Arzana development, a community of luxury residences nestled within lush green gardens overlooking the Atlantic Ocean. From its elevated waterfront spot, with views of a tranquil lagoon and beach, the new property will have two all-day dining restaurants alongside its lobby and pool bars, a fully appointed spa and salon.

Other planned 2022 launches for Conrad include Shanghai, Bahrain, Spain, and Sardinia, with the new Conrad Tulum opening around New Years. 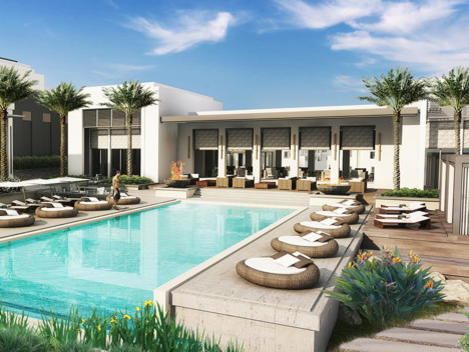 The Riviera Maya at Kanai (Mexico)

With 180 guestrooms and suites, the Riviera Maya Hotel will be situated within the luxurious Kanai development and home to six food and beverage outlets, including a signature restaurant, pool bar, and beach club, destination spa, and an expansive 206sqm (2,217 sqft) Penthouse Suite. In addition to multiple meeting spaces, the hotel will also house an extensive outdoor deck for large-scale events and parties. Located on a stunning beachfront site, EDITION Hotels’ first property in Mexico will be positioned along the Caribbean coastline. 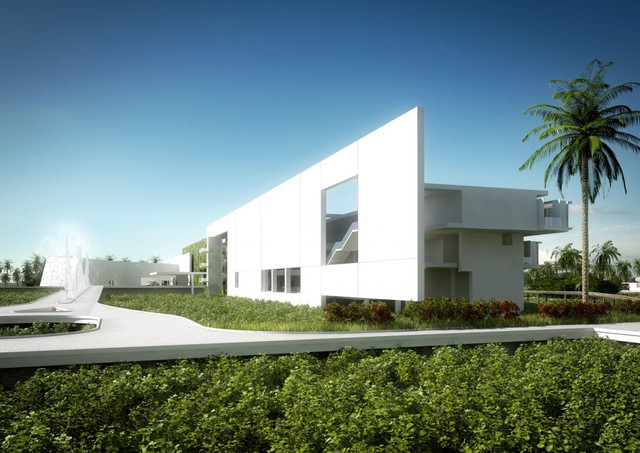 Four Seasons third property in Colombia will be comprised of a Hotel and Private Residences in a collection of historic buildings very close to the walled city. Four Seasons will revitalize and restore several buildings dating back to the 16th century. The new Hotel will feature 131 rooms, including a Royal Suite and a Presidential Suite boasting 4,200 square feet. The property will also include 16 Private Residences. 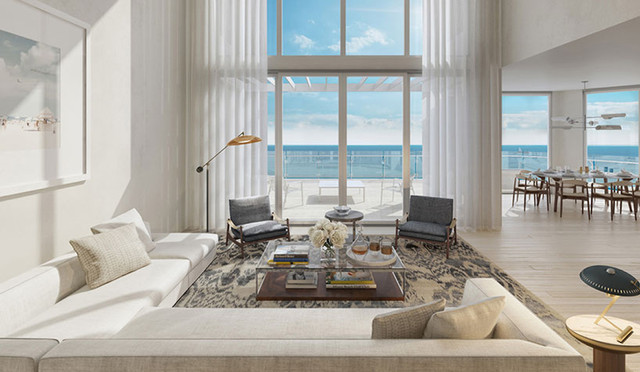 Kimpton Kawana Bay Resort will be a partial adaptive reuse with new-build expansion. The five-star resort will offer 146 guestrooms and suites, plus an infinity-edge pool, spa, specialty restaurant, lounge, and beach bars. Nearly every suite will include a private pool overlooking Grenada’s stunning Grand Anse Beach.

With an aggressive rollout other Kimpton launches in 2022 will include Mallorca, Frankfurt, Mexico City Roatan and Rotterdam. 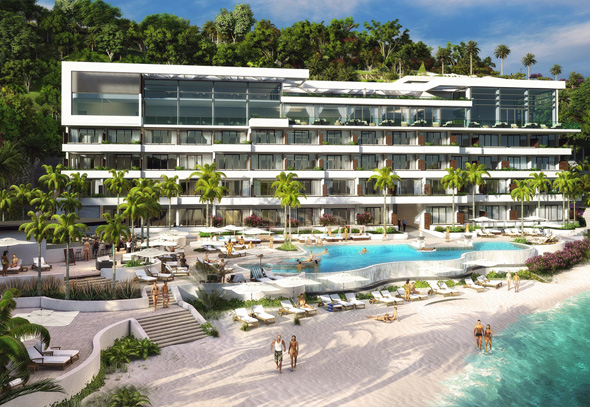 Mandarin Oriental will also open a property in Nanjing, China in 2022. 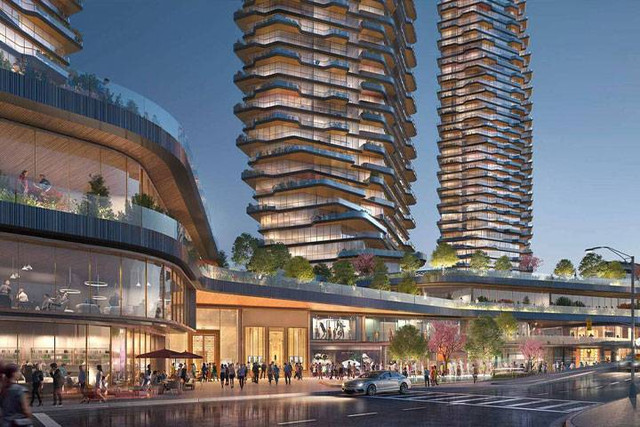 With an oceanfront location on Queensland's Burleigh Heads beach, the 208-room Mondrian Gold Coast will feature a fitness center and spa, as well as several restaurants and pools. The property will also include 89 residential apartments. 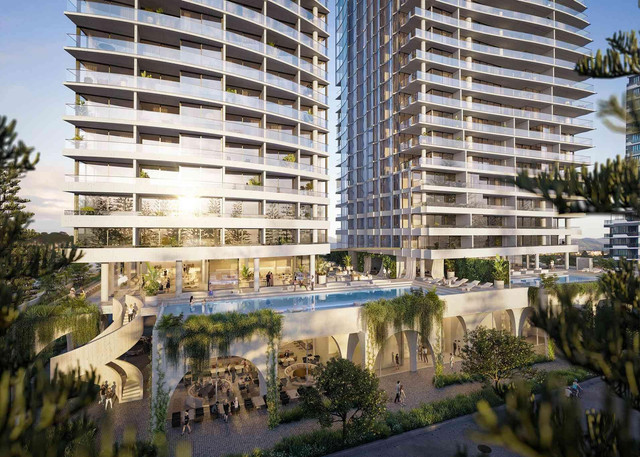 Nobu Hotel Marrakech will be located in the Hivernage district, steps from the city's historic heart, souks, and Djemaa el-Fna. Transformed into a luxury lifestyle destination, the hotel will house 71 large guest rooms and suites, a unique selection of dining venues and rooftop spaces, a large spa, and fitness center, and indoor and outdoor swimming pools. 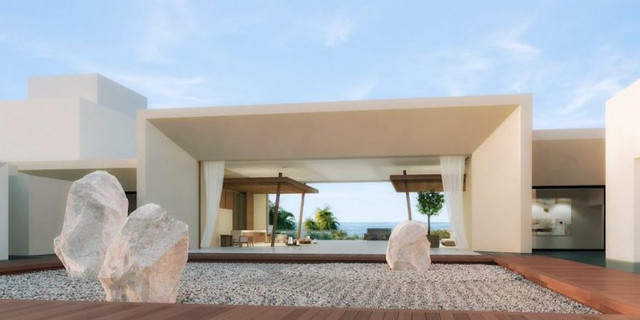 Situated along an exclusive beachfront estate in Southern Athens, the 127 room resort will offer up stunning view suites and private villas. There will also be a Chenot Spa and two signature restaurants. 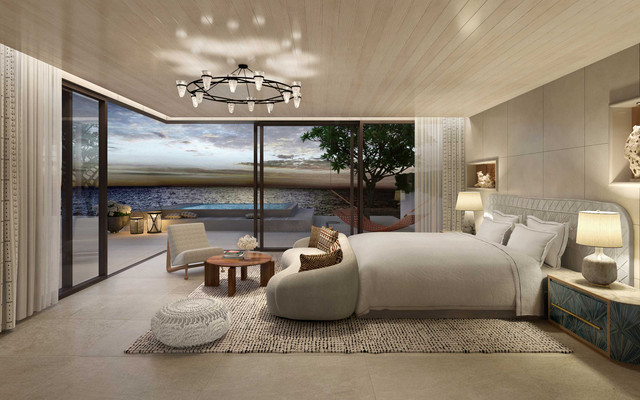 Overlooking Hyde Park Corner and the Wellington Arch, in the heart of Belgravia, the Peninsula London will welcome guests in late 2022. The elegant, newly built hotel, will include an expansive inner courtyard, destination restaurants, a Peninsula Spa, nine retail boutiques for shopping luxury brands, and a grand ballroom that will host London’s most glamorous events. The 131 guest rooms and 59 suites will feature abundant natural light with floor-to-ceiling windows, cutting edge technology, Peninsula’s signature triple-glazed windows and soundproofing installations, views of the city skyline, and interiors by designer Peter Marino. Additionally, 25 exclusive luxury residences will be available. 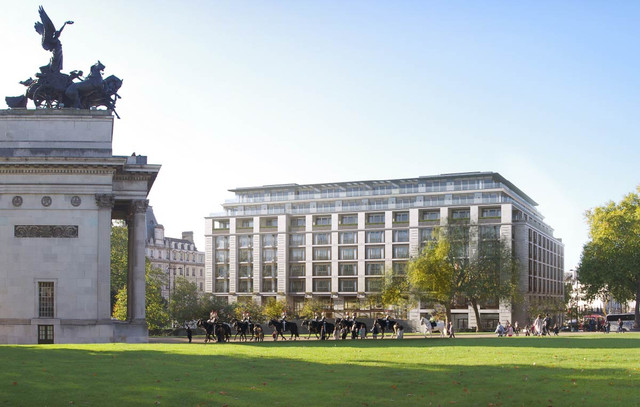 Raffles London at The OWO (London)

Raffles London at The OWO will be the capital's first Raffles property with a historic building that served as Winston Churchill's base during the Second World War and was the birthplace of Ian Fleming's James Bond. Many original architectural details have been preserved while also allowing room for updated design elements. The hotel includes 125 rooms and suites, 85 residences, a collection of nine restaurants and bars, and an immersive spa.

Other Raffles properties will include 2022 launches in Boston and Jeddah. 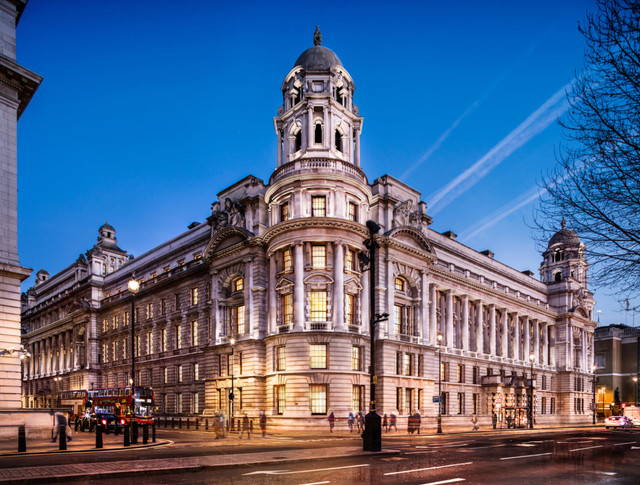 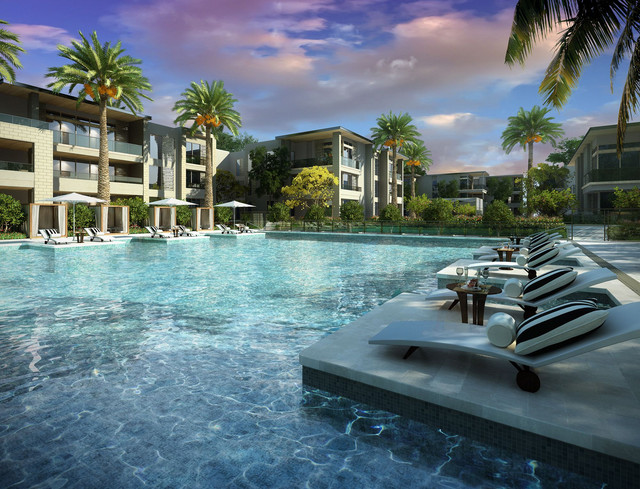 Located in two stunning modern towers inspired by the coral reefs surrounding Qatar's seas, Rosewood Doha and Rosewood Residences Doha will consist of an ultra-luxury hotel with 185 exquisite guestrooms and suites, 173 serviced apartments for longer-term stays, and 300 residences available for purchase. The hotel will also be a culinary destination with eight innovative venues. The hotel will also introduce Sense, A Rosewood Spa, along with a state-of-the-art fitness center. Rosewood's signature Manor Club executive lounge concept will also offer Club Room and Suite guests curated services with added convenience and privacy. 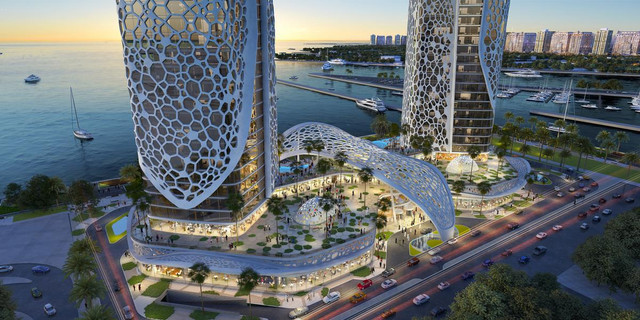 Housed in a historic 18th-century building which was the former headquarters for Erste Group Bank AG, Rosewood Vienna, the hotel will be located on Petersplatz, one of the most famous squares in Vienna's Old Town. The hotel will offer 99 expansive rooms and suites and will feature a variety of dining and entertainment options, including a rooftop bar with views of the city and an intimate restaurant in a garden setting. There will also be a Sense, A Rosewood Spa. 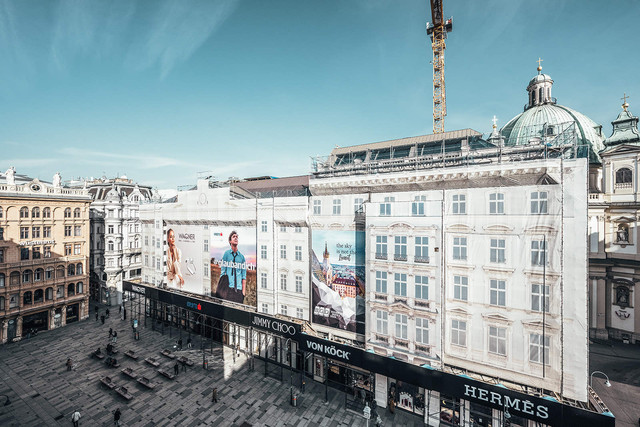 The Palazzo Salviati Cesi Mellini was built in the 18th century and is located in the center of ancient Rome, just blocks away from the Fontana di Trevi and Pantheon. This is the first Six Senses property to open in Italy and will offer up 95 guest rooms and suites, a spa, restaurant, outdoor courtyard garden, and rooftop terrace with a 360° view of the city. 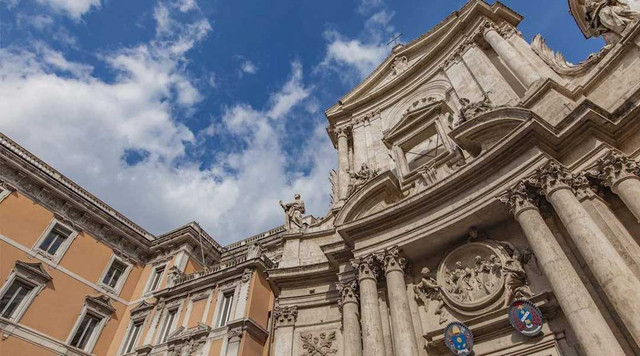 The Residences at The St. Regis Los Cabos at Quivira (Mexico)

The Residences at The St. Regis Los Cabos will be located within the Award Winning community of Quivira in Cabo San Lucas. Located along Playa el Faro. The hotel will encompass 120 guestrooms, with 60 residences, all with ocean views and St Regis Butler Service. There will be fitness and wellness facilities, swimming pools, a saltwater lagoon, and luxury cabanas. 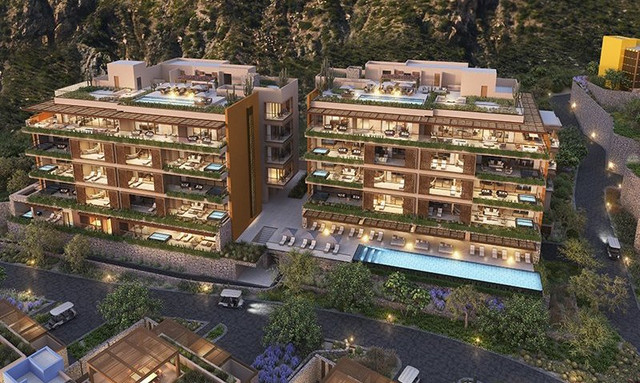 This will be the brand’s first entry into Portugal. Located on the Algarve coast, the 134-guestroom property offers direct access to three beaches and head on sea views from every room. 23 suites include duplex apartments with private plunge pools and an Extreme WOW suite with a hot tub. The Sea Sky rooftop bar provides stunning views of the Algarve coastline.

W Hotels will also open a new location in Toronto in 2022. 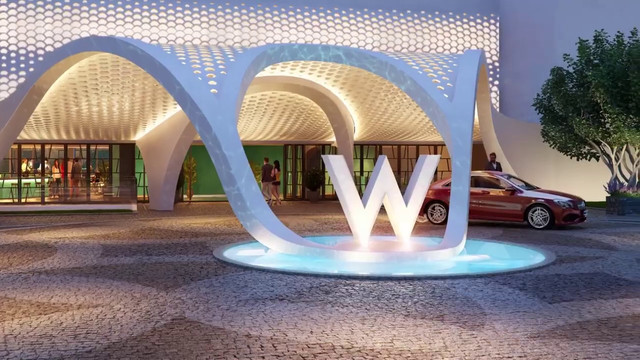 Additional properties in London, Cairo, and Seychelles will open in 2023 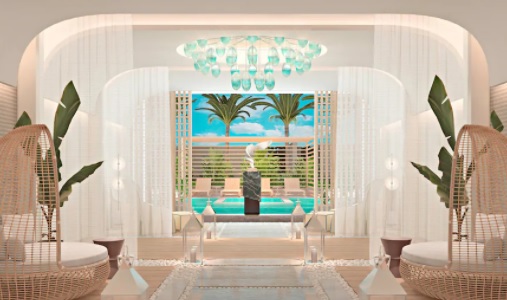 Walt Disney World announced more details about its new Galactic Starcruiser 100 cabin hotel, opening in the spring of 2022, an immersive, two-day “Star Wars” experience. At the cost of $5,299 for two nights’ accommodations for two guests and a child in a studio, the hotel is now in the price range of many of the world’s top resorts.

“Arrive at the Walt Disney World Resort terminal, board a launch pod, and rendezvous with the magnificent Halcyon starcruiser. Stay in a cabin or suite with an exquisite view of space. Throughout the ship, you’ll interact with an eclectic collection of characters, sit down to exotic galactic cuisine and perhaps even plot a secret mission together.” 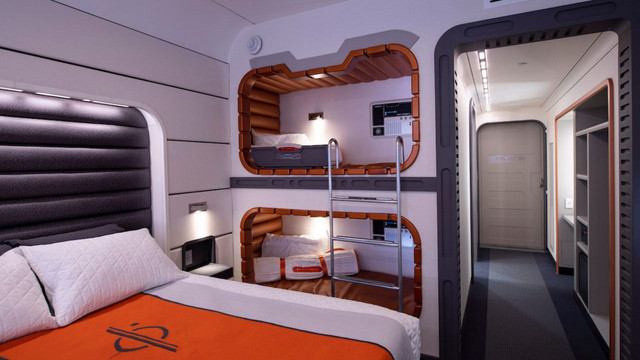