Top 10 Features On The Norwegian Prima

Norwegian Cruise Line has unveiled entertainment and onboard experiences available on its new, 3,300-passenger Norwegian Prima. The vessel is the first of the six ships within Norwegian’s new Prima Class and debuted with record-breaking sales when it was announced in May 2021.

The Prima will showcase numerous elevated onboard experiences when it sets sail in summer 2022, including the world’s first venue that transforms from a three-story theater into a Vegas-style nightclub, freefall drop dry slides and the largest racetrack at sea.

Cruise Industry News has compiled a list of 10 most exciting features onboard the ship.

The Norwegian Prima will feature "Summer: The Donna Summer Musical" as its headlining act.

"Summer: The Donna Summer Musical" is a story of Donna Summer’s rise from young starlet to “the Queen of Disco.” Created by the production team that brought "Jersey Boys," currently shown on the Norwegian Bliss, the show will feature more than 20 of Summer’s hits – including "Bad Girls," "Last Dance" and "Hot Stuff."

The 75-minute immersive production will be a first at sea where the theater transforms into a full disco and guests can become part of the show and dance to Summer’s songs. 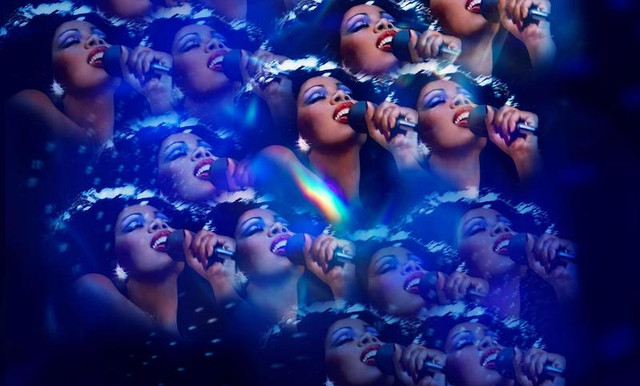 All of Norwegian Prima’s headlining acts including some of the new onboard experiences, will be shown in Prima Theater and Nightclub. The three-story venue, designed to seamlessly convert the space from a performance stage to expansive dance floor, will feature a customizable seating layout and moving LED screen that lowers from the ceiling and is nearly half the size of the venue.

The SENSORIA theme will provide clubgoers an experience where they can dance late into the night and enjoy a kaleidoscope of high-energy music and innovative special effects. 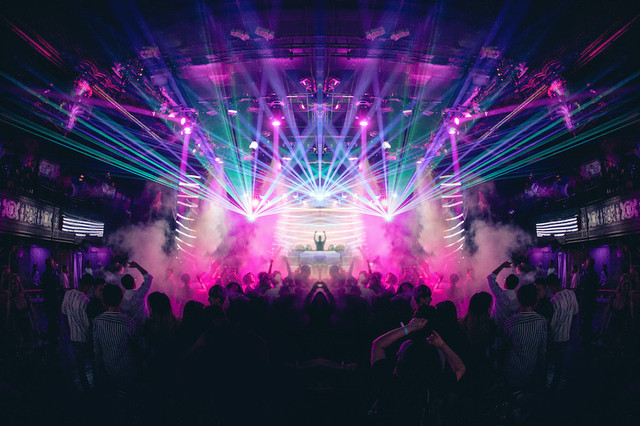 The Norwegian Prima will offer interactive LIVE on NCL gameshow experiences that allows the audience to be part of the show and have an opportunity to win grand prizes. These immersive productions – powered by Fremantle Mediat – transform the Prima Theater and Nightclub into a large production set, where guests can participate in game shows including:

"The Price is Right LIVE on NCL" where guests can bid their way to participate in pricing games and have the opportunity to spin the wheel for a chance to win in the showcase showdown;

"Supermarket Sweep LIVE on NCL" will have the Prima Theater and Nightclub transform into a full-scale grocery store, where teams of contestants will race the aisles in a fast-paced game show of trivia questions, product knowledge and speed;

"Beat the Clock LIVE on NCL" is a team competition game where guests will need luck, speed and strategy to complete fun challenges against the clock.

Norwegian, the only cruise line offering go-karts at sea, will up the ante on the Norwegian Prima. The ship will offer the largest and first ever three-level racetrack with the Prima Speedway.

Featuring a longer straightaway with a racetrack of 420 meters in length, and 22 percent larger than the current racetrack on Norwegian Encore, the speedway will now go around and through the funnel of the ship boasting 14 turns. Fifteen drivers will be able to simultaneously race on the open ocean, reaching speeds of more than 50 kilometers per hour.

After racers have completed their ride, they will be able to unwind at the new Prima Speedway Bar located beneath the racetrack. 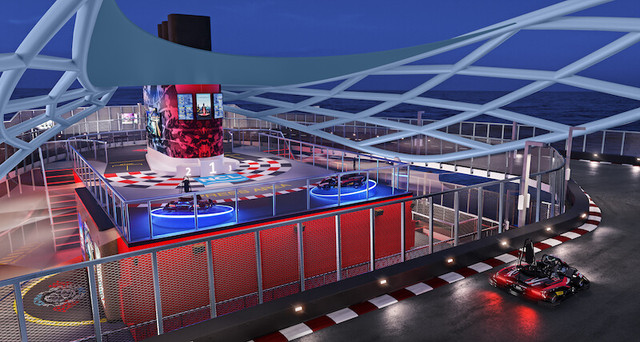 The Norwegian Prima will feature The Drop, the world’s first freefall dry slide where users will experience a 10-story plunge reaching the highest G-forces of any cruise line – more Gs than an accelerating F1 racecar.

The experience takes a competitive turn with The Rush, featuring dueling dry slides where guests can race each other.

The Norwegian Prima will debut new, additional activities for guests of all ages with The Bull’s Eye – an elevated twist on the classic game of darts featuring a video tracking system that automatically calculates each guest’s score and offers instant game replays.

The Norwegian Prima will debut Tee Time – a supercharged version of minigolf, where guests can enjoy nine interactive holes set among a Vegas-style backdrop, as well as win prizes. 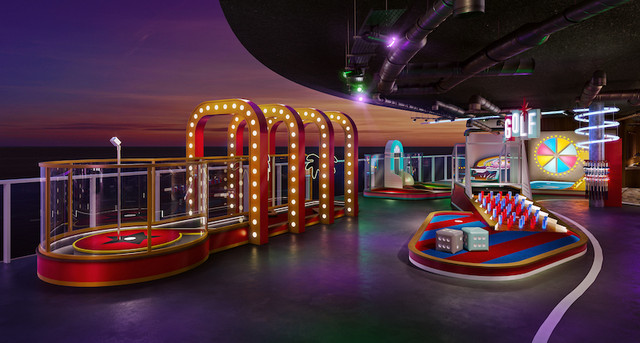 Making its first appearance on the Norwegian Prima as part of the ship’s Aqua Park and Main Pool area will be the brand’s first Tidal Wave waterslide where guests can ride an innertube to catch the “perfect wave.” 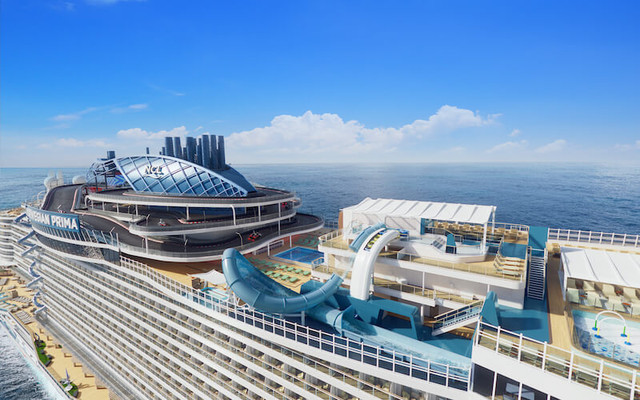