The 12 Best Clubs In Las Vegas

The massive mega-nightclub dominated the nightlife scene in Las Vegas in the 1990s and early aughts ushering in the era of bottle service that was required to sit in a VIP section; increasingly over-the-top liquor presentations (think superheroes on ziplines, bikini-clad girls carried out in a mini-yacht); and resident DJs on eight-figure contracts. Getting into the right section of the right place was so competitive that a whole category of industry promoters and nightclub advisors sprang up to help you gain entrance and not embarrass yourself trying (to wit: Make VIP bottle service reservations well in advance, don’t show up in a group of predatory dudes, don’t ask the security people if they know who you are, etc.).

Las Vegas has diversified its nightlife offerings since then, opening supper clubs, wildly high-end lounges, rarefied mixology programs, and secret rooms. There’s no longer a need to stand in a long line of petitioners waiting to get onto a sweaty dance floor now that Vegas has gotten fancy.

But who are we kidding? Squeezing yourself into a too-tight dress and seven-inch heels is why you’re coming here, and the massive nightclub experience is going nowhere. If anything, there are more interesting ways to experience it now—from even more exclusive VIP rooms and luxurious cabanas at night swim pool parties. The Vegas nightclub is going strong, with new entrants on the scene. Here’s where to go now.

The most expensive nightclub in the world when it was built, XS at Wynn Las Vegas is known for its heavy-hitting DJ roster and its over-the-top decor (think: XS employees cast in gold on a bas-relief at the entrance). New resident DJ Marshmello, splitting his time between XS and Encore Beach Club, is bringing the excitement. Its guests are notorious big spenders, so this is not the place to stay on a budget. Its outdoor pool operates Night Swim parties in the summer, some of the most fabulous parties on the Strip. 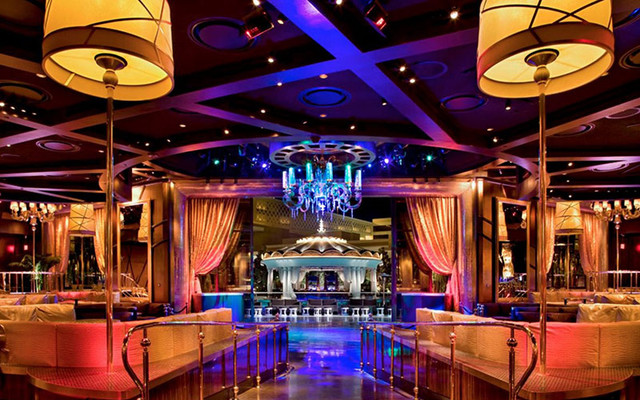 There are four distinct experiences within Omnia’s 75,000-square-foot nightclub in Caesars Palace, a domed four-story room surrounded by mezzanine-level private booths modeled after a European opera house. A 22,000-pound chandelier pulses to the music over the dancefloor and some of the biggest names in international DJing show up here, joining resident superstar Calvin Harris. For those who like to spend at least part of their evening outdoors, there’s another dance floor and a 50-foot-long bar outside overlooking the Strip. 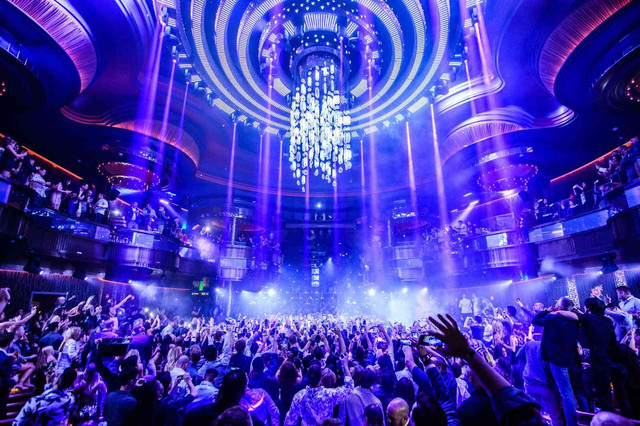 The city’s newest entrant into the nightclub scene will pack in nearly 2,200 people into its 36,000-square-foot club at the new Resorts World opening in the fall of 2021. Superstar DJs Tiesto and Zedd are the headlining residents. Interactive 3D booking maps will allow guests to see the exact table they’re booking, multiple experiences (Capital Bar and Empire) operate in addition to the main dance floor, and partygoers can revel in the Mothership—the central room with a lighting system that makes the place feel like a different club every night. 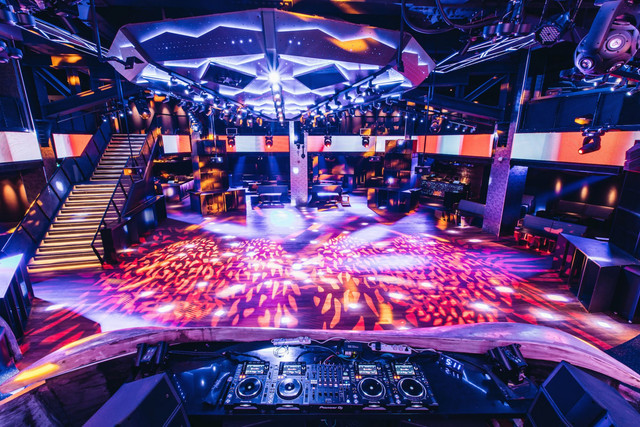 The cavernous Hakkasan is spread over five levels of more than 80,000 square feet at MGM Grand. While other Hakkasan locations get clubbier as the night wears on, the Vegas location features a dedicated nightclub—which is able to pack in 3,000 revelers. Here, it's all about the DJs; Calvin Harris, Tiesto, deadmau5, and Steve Aoki have all been residents. Those who need a break from all the people can check out the Ling Ling Club, Hakkasan’s more intimate club-within-a-club. You’ll pass through tunnel-like bronze arches to get to Jewel, the 24,000-square-foot club in Aria that’s intimate by Vegas standards. Inside, a jewel-toned room has a dramatic staircase that leads to five themed VIP boxes that all look down onto the action below. Tyga, Justin Credible, and O.T. Genasis are just some of the names on the club's roster. 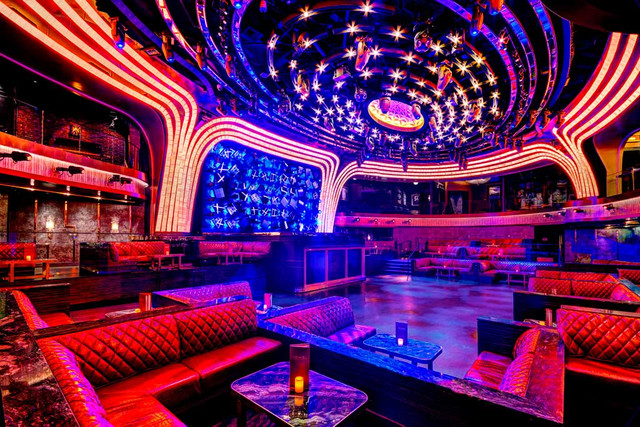 OTR in Park MGM is all retro vibes with an outdoor patio that has a red British double-decker bus that serves cocktails, a speakeasy-style bar, walls lined with vintage vinyl and cassettes, and a mellower atmosphere than most of the Strip’s large nightclubs. It’s all hidden behind a record store entrance off the main casino floor. Come here for retro '80s music, and private rooms with delicious cocktails. 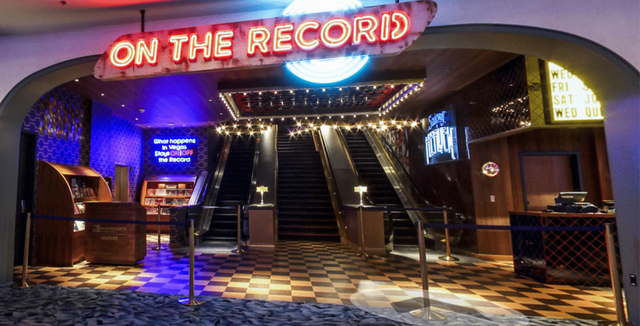 Victor Drai, one of the pioneers of Vegas nightlife as we know it today, built a glowing, palm-tree-lined pool party scene on the roof of The Cromwell with 150 VIP tables, night swim parties, eight pools, and live music programming. The club is 11 stories above Las Vegas Boulevard, which puts you virtually right on top of the action. Drai started the after hour concept with his long-running Drai’s in the Barbary Coast (which became Bill’s Gamblin’ Hall in 2007 and The Cromwell in 2014). You can still go downstairs to the basement of the hotel and welcome the daylight at Drai’s Afterhours, which operates on the weekends until 6 a.m. 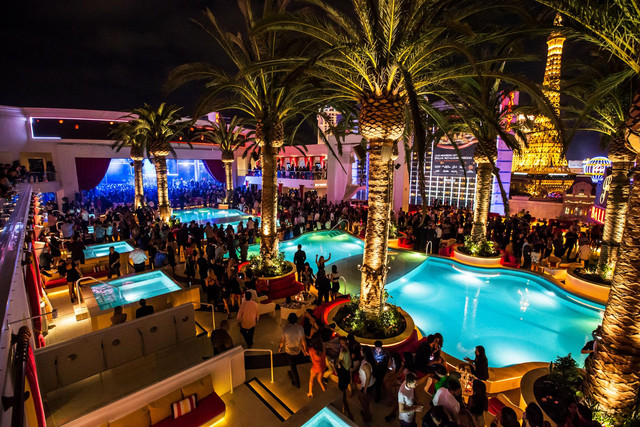 After more than 15 years in the game, Venetian’s Asian-inspired nightclub, TAO, continues to draw a major celebrity set for their extravagant birthday parties, guest appearances, and bachelor/ette parties. In fact, they have entire departments devoted to planning parties, arranging dinner at TAO Asian Bistro, then expediting your group upstairs to the nightclub. The 10,000-square-foot nightclub is an elevator ride away from the restaurant and has multiple rooms with different DJs. 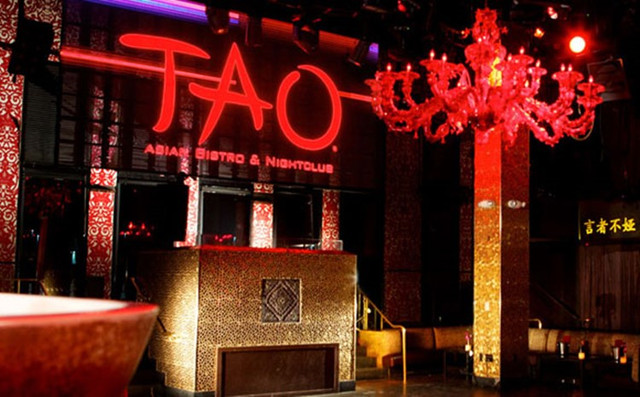 This 40,000-square-foot nightclub at The Cosmopolitan reinvigorated a flagging club scene when it opened in 2010 and is still one of the city’s liveliest spots. The talent roster includes names like Megan Thee Stallion and Crespo. There are seven different bars and three distinct rooms: The Main Room, The Boom Box, and The Library. Like other nightclubs, it’s also making good use of its adjoining pool space at night. The Drenched After Dark party is a new late-night Sunday pool party that celebrates cabana life. 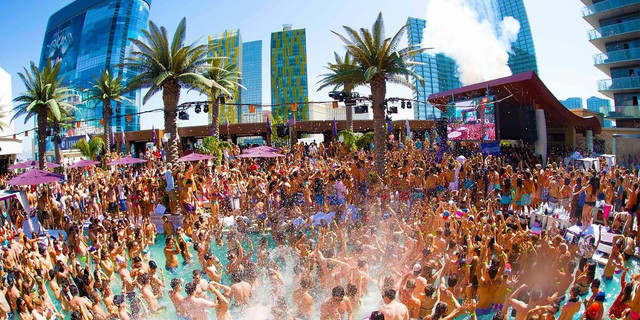 It’s not technically a nightclub but Stadium Swim, the rooftop deck at the new adults-only Circa on Fremont Street, has six pools that face a 143-foot-high video wall and is one of the liveliest nighttime pool scenes in Las Vegas. With a DJ booth, tons of cabanas, and all sorts of entertainment, you can think of this as the one club that bridges the day- and nightclub gap since it’s open until 11 p.m., 365 days a year. 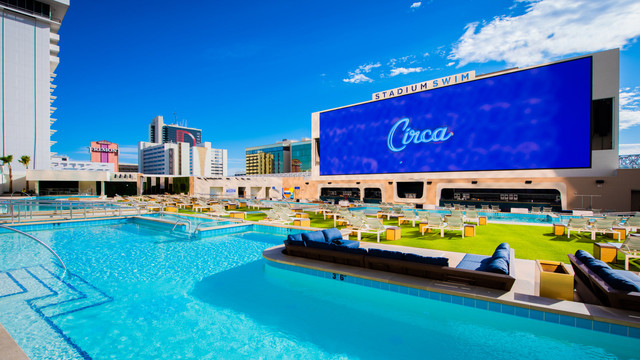 Encore Beach Club, the hard-partying home base of The Chainsmokers, transforms into the ultimate pool party at night. You can book all sorts of different table service experiences, from upper and lower bungalows to cabanas, DJ tables, daybeds, lily pads, and backstage tables near the DJ booth. There’s always a great lineup here (resident artists include Dillon Francis, Kim Lee, and Carnage), and there's a slightly more relaxed atmosphere than Encore Beach Club’s day scene. It’s as transporting as Vegas gets, with 55,000 square feet of pool decks, bungalows and cabanas, and towering palms. 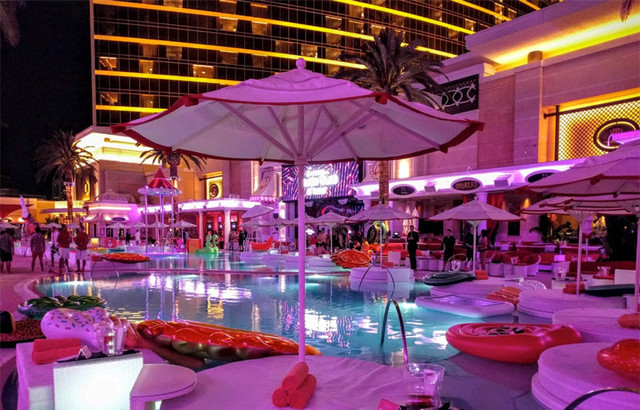 Chateau feels like two separate clubs, since the two-floor experience starts inside but includes an upper, outdoor level right under the Eiffel Tower at Paris Las Vegas. It’s well-known for its bachelorette parties and you can book packages that include Champagne, expedited VIP entry, and your own security detail. Chateau is well-positioned to gain new popularity in the current club climate for its scenic Chateau Gardens Rooftop, where you can party with a fantastic view of the Bellagio fountains across the street, but still stay outdoors. 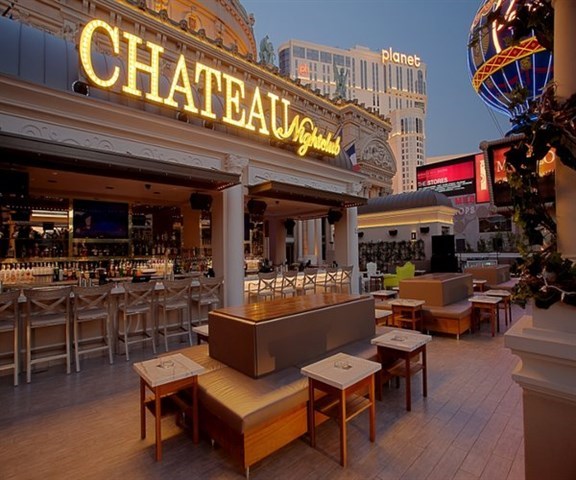