The Van Gogh interactive exhibits that are filling halls worldwide this year are presenting the Dutch post-impressionist's paintings in a whole new way, sparking a greater curiosity about and enthusiasm for the artist and his work.

Those interested in further exploring his creations and his life will find a stunning number of Van Gogh's immortalized landscapes still intact throughout the south of France, where he spent the final years of his life and created many of his greatest masterpieces.

A cruise along the Rhone River offers admirers of Van Gogh's work countless opportunities to encounter his inspirations and see firsthand the region's famed Provencal light. I was able to experience many of those places on a recent Avalon Waterways cruise aboard their Avalon Poetry II, sailing from Lyon to Marseille. 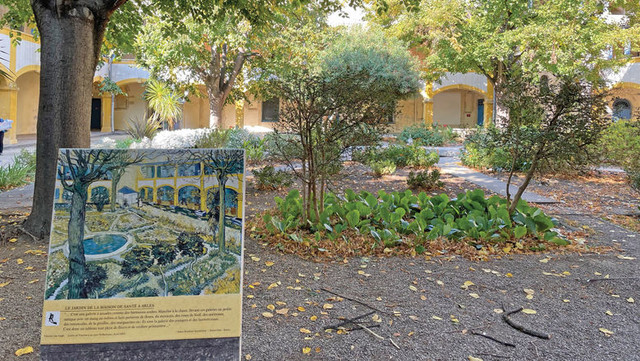 On a walking tour of the town, it's impossible to miss the plaques that pepper the streets. They are placed at spots where Van Gogh painted and include a depiction of the painting and an explanation. I encountered my first plaque where the ship docks; the first "Starry Night" was painted there, depicting the stars over the Rhone.

From there, it's a living gallery as you pass the bullfighting arena that inspired "Les Arenes D'Arles"; you'll amble past the still-thriving "Le Cafe Le Soir," which now goes by the name Cafe Van Gogh. Then, you'll walk down cobbled side streets that will lead you to the hospital where Van Gogh recovered after cutting off part of his ear and the courtyard were he created "Le Jardin de la Maison de Sante Arles." While the place is no longer a hospital, the courtyard is intact and maintained, and there is a souvenir shop.

With Avalon's Active & Discovery itinerary, a workshop on painting in the style of Van Gogh was an included option. A short walk from the ship, we donned smocks for the novelty of re-creating a work in Arles. English-speaking instructors explained some background and offered encouragement. The two to three hours flew by, and some opted to stay behind and continue working on their paintings rather than join the walking tour.

An optional excursion to Saint-Paul, the asylum where Van Gogh voluntarily spent one year, will uncover the swirling landscapes of sunshine, olive and cypress trees found in works like "Les Alpilles aux Oliviers" and, most famously, the "Starry Night" that is now known worldwide. 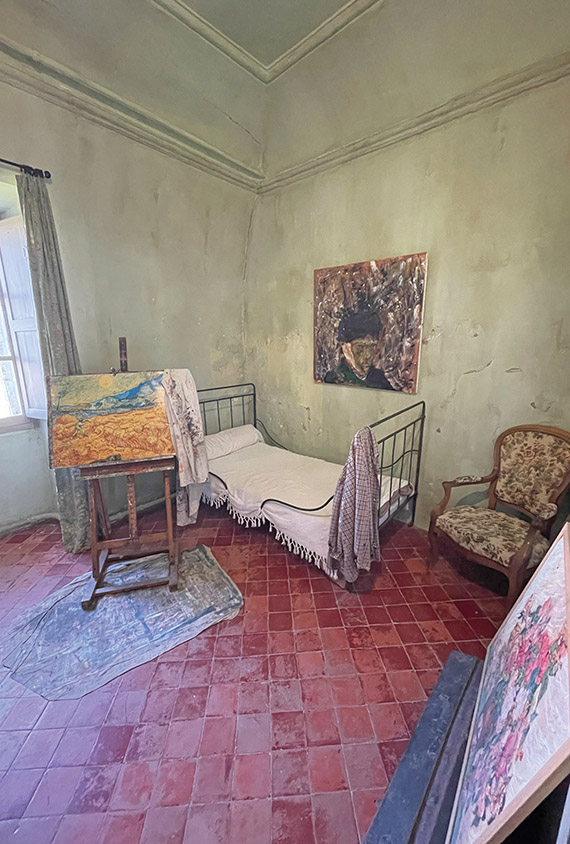 The grounds and gardens are enchanting and resulted in 142 more paintings. Perhaps the most impressive aspect of a visit here is that it is still a functioning psychiatric hospital that employs art therapy as one of its treatments, with patient art on display.

For those looking to complete the journey of Van Gogh's life to his final resting place, you can do so on another Avalon river cruise itinerary, an eight-day journey from Paris to Normandy. On that cruise, a daytrip is offered to Auvers-sur-Oise from the port of Conflans. There, Van Gogh feverishly painted for the final months of his life; he is buried there next to his brother and caretaker, Theo.