Despite the pause on cruise ships sailing in 2020, there has still been plenty going on behind the scenes to bring brand-new ships to us in 2021.

Scarlet Lady is the flagship of the Virgin Voyages fleet and was due to set sail on her maiden voyage in 2020. This has now been postponed to August 2021, when she will be sailing out of Portsmouth on a Long Weekender cruise for a three- night sailing. Other itineraries include Summer WeekDaze cruises with a duration of four- night sailings.  She is set to offer the ultimate adults-only cruising experience, with over twenty dining options; expertly designed social spaces and wellness zones; and unbelievable ocean views in almost every single one of her staterooms. 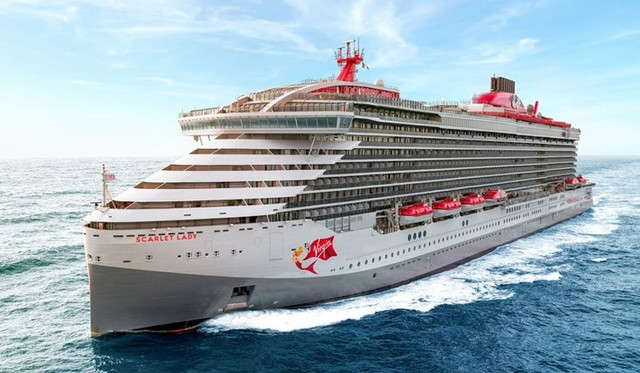 The second new-build ship for Saga Ocean, Spirit of Adventure is a sister-ship to Spirit of Discovery. While she retains much of the small-ship cruising aspect, the ship remains stylish and innovative – designed with the cruisers in mind. She also offers 100 cabins just for solo travellers, catering to single passengers. The ship will be sailing on its inaugural voyage in July 2021 on an all-inclusive UK cruise from Tilbury to Dover. 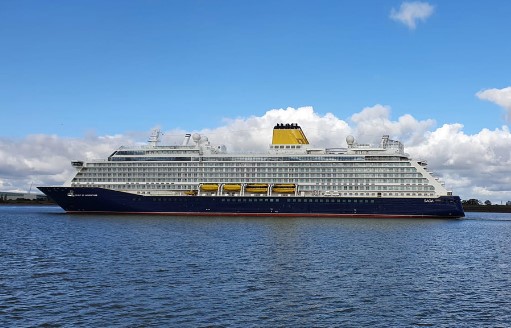 Sister-ship to the incredible Celebrity Edge, Celebrity Apex promises to be just as exciting and revolutionary. The second-ship in the Edge Class for Celebrity Cruises, Apex offers luxurious accommodations, world-class culinary venues and signature spaces. The ship was due to set sail in April 2020, offering a range of cruises around Europe and the Mediterranean, however, this has been delayed and the ship has been repositioned to Athens to begin its inaugural season in June 2021, sailing the Greek Islands. 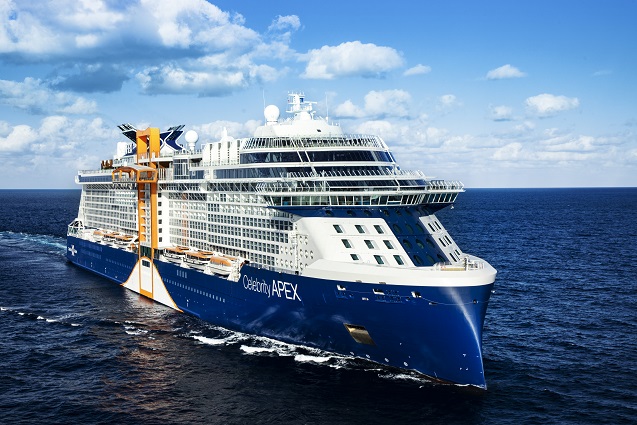 A celebration of the sea and the island nation of Iona, P&O Cruises new ship offers a new way to experience the stunning landscapes and epic views of the oceans. She is the shining star of the P&O Cruises’ fleet and will offer a variety of European and Mediterranean voyages out of Southampton in 2021, including the Norwegian Fjords and the Canaries. 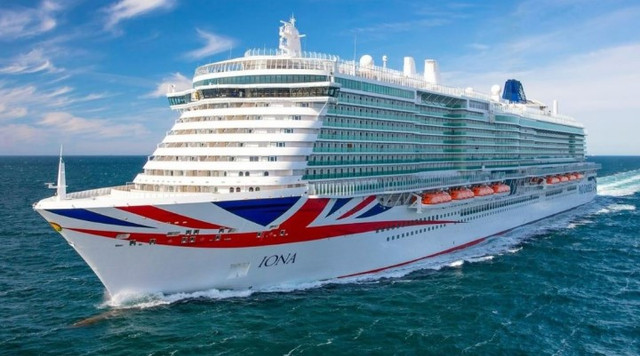 The next ship to join Carnival Cruise Line’s fleet is Mardi Gras. The ship certainly breaks records as it will be the largest ship ever built by the cruise line and the first in North America to be powered by liquefied natural gas (LNG), a fuel which produces almost zero-emission and represents a huge turning point for Carnival Cruise Line. What’s more, it will also feature the first-ever rollercoaster at sea!

The ship was due to sail from August 2020, however, this has been postponed to December 2021 when the ship will set sail from Port Canaveral on a Eastern Caribbean cruise. 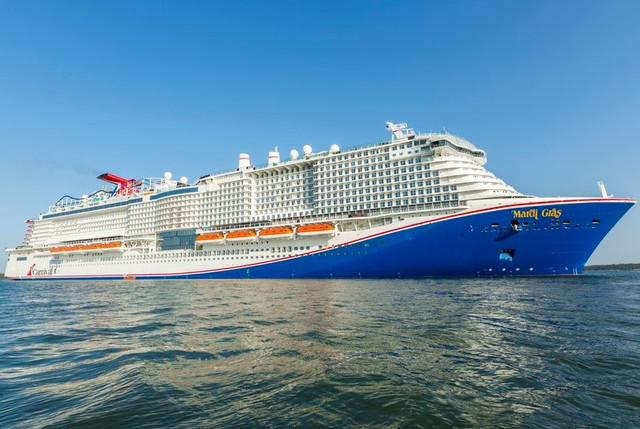 This new cruise ship will be one of the two largest in the MSC Cruises’ fleet, joined by MSC Grandiosa. MSC Virtuosa will include exclusive Cirque du Soleil at Sea shows, as well as the personal cruise assistant, Zoe, in every room! Despite being initially planned to debut in 2020, MSC Virtuosa is scheduled to debut in May 2021 when it will cruise in Northern Europe and the Baltics, before repositioning to Dubai later in the year for the winter season. 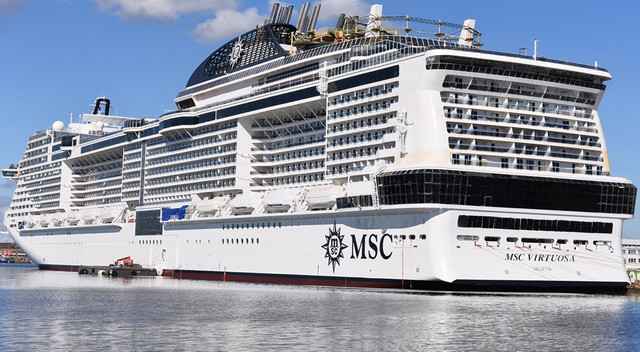 Odyssey of the Seas is Royal Caribbean’s second Quantum Ultra Class ship. She is a sister-ship to Spectrum of the Seas and will feature many of the same exiting facilities and activities. You can expect the North Star observation pod, robot bartenders and the exhilarating RipCord by iFLY skydiving simulator plus much more! The ship was initially planned to join the Royal Caribbean fleet in November 2020. However, delays to the launch now mean that the ship is instead sailing its inaugural season from November 2021 in the Mediterranean. 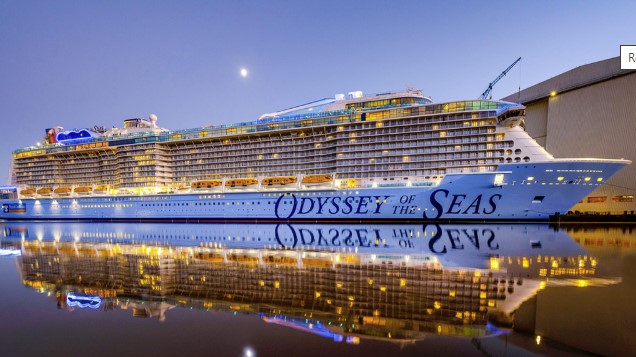 Get ready to set sail with this brand new ship – Enchanted Princess! She is the fifth in the line of the cruise line’s Royal-Class ships, sharing all the same spectacular style and comfort, as well as a selection of her own new attractions. She will boast the most pools and whirlpools ever, as well as world-class entertainment venues which will host dazzling performances. Guests can also stay in the breath-taking new Sky Suite, featuring expansive views from Princess Cruises’ largest balcony at sea and hosting up to five guests. The ship’s debut has been delayed due to the pandemic, with it now planned to set sail in July 2021 for an inaugural season in the Mediterranean. 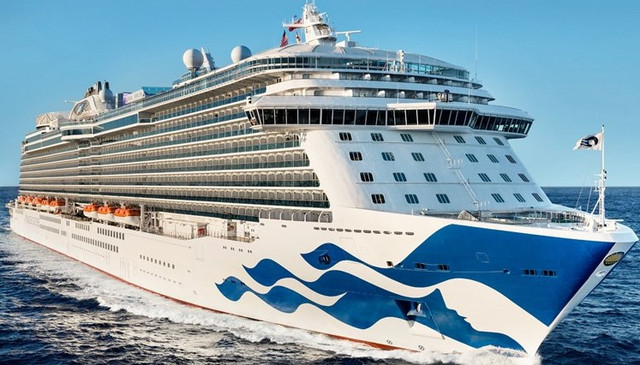 Third ship in the Pinnacle Class, MS Rotterdam will be a sister-ship to Koningsdam and Nieuw Statendam, featuring enhanced Pinnacle Class amenities and innovations. Originally the ship was named MS Ryndam, however Holland America Line announced the ship would be renamed MS Rotterdam in honour of the name’s heritage within the cruise line’s history and as a tribute to the MS Rotterdam which had been sold earlier in 2020.

MS Rotterdam is planned to be delivered to the cruise line in July 2021, following which it will sail across Northern Europe before heading to the Caribbean for the winter. 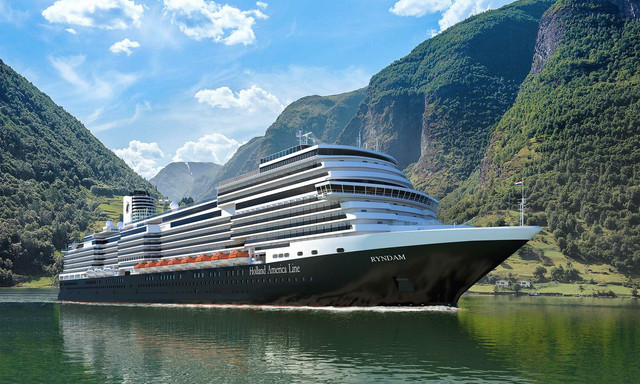 As an evolution of MSC Seaside and MSC Seaview, MSC Seashore is better than ever. She will be 16m longer and have larger main restaurants, casinos, retail and entertainment areas. Launching in 2021, the ship will have new spaces and more powerful engines as well as the innovative MSC for Me technology with an enhanced on-board experience.

The ship will debut in October 2021, a few months delayed than initially planned. 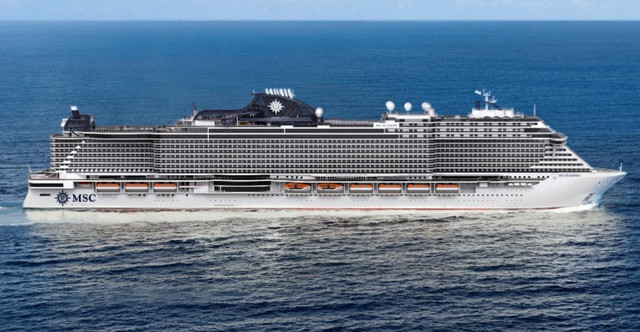 Sister-ship to Scarlet Lady, this ship will offer many of the same exciting and unique facilities already seen with Virgin Voyages. Initially scheduled to debut in May 2021, this has since been delayed. 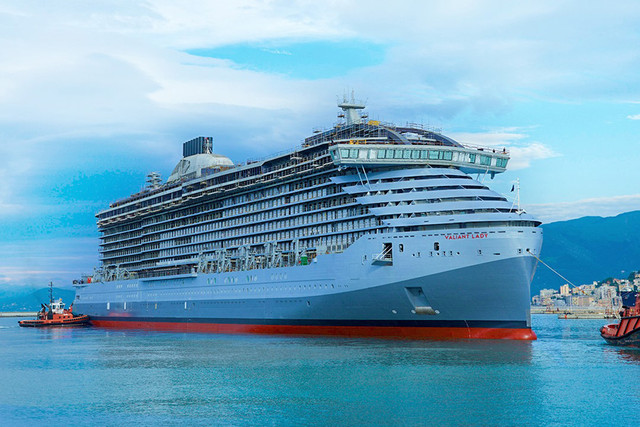 Seabourn Venture set to launch in December 2021 will offer ultra-luxury for the special expeditions for destinations yet to be explored. This ship was built specifically for the diverse environment locations, including many features from past Seabourn ships which make them so innovative, as well as new design features, specially for the new ship. 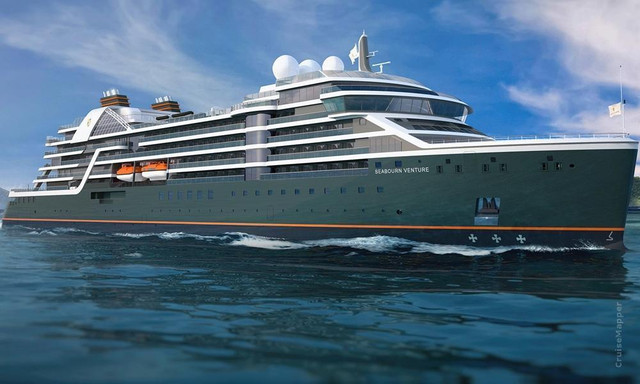 Would you love to set sail on a brand-new ship? Have you booked a cruise aboard one of the above? Let us know in the comments below!