There will be 12 major new cruise ships are arriving in 2022, including from Carnival, Royal Caribbean, and MSC Cruises.

If you have your sights set on a cruise for 2022, and you can never resist sailing on one of the newest, latest, and greatest cruise ships, you need to keep these 12 major, new cruise ships on your radar.


From the largest ship in the world to the most spacious ship at sea, cruise lines are breaking records and pushing the limits to take cruising to a whole new level, and you won’t want to miss out. Prefer small ship cruising? There are new options for you there, too.

Setting sail around the world in 2022, these are some of the most anticipated cruise ships in the biz.

Sister ship to P&O Cruises’ Iona, Arvia is an Excel-class cruise ship that boasts a few highlighted features. The ship’s SkyDome is a retractable glass roof above the pool area, a feature P&O says allows cruisers to “see the world in widescreen, with sunshine and blue skies.” The modern feature certainly complements the other sleek, minimalist and modern architecture surrounding the pool and new swim-up bar.

The Altitude entertainment and activity zone offers new ways for families to have fun, too, such as with the Altitude Skywalk, a high rope course; a nine-hole miniature golf course; and Altitude Splash Valley, a water area for kids.

New dining options include Green & Co, an upscale eatery with Asian flair serving up fish and plant-based dishes and sushi, and 6ht Street Diner, for all your favorite American eats. The latest most-anticipated cruise ship from Carnival, Carnival Celebration truly is a celebration of cruising — in fact, it’s debuting just in time for Carnival’s 50th birthday!

Otherwise, Carnival cruisers can expect all of their normal favorites, from long-standing Carnival dining options, such as Guy’s Burger Joint, to newer options, like Shaq’s Big Chicken.

The ship will offer Caribbean sailings, including Eastern and Western Caribbean itineraries departing from Miami, as well as limited transatlantic options. 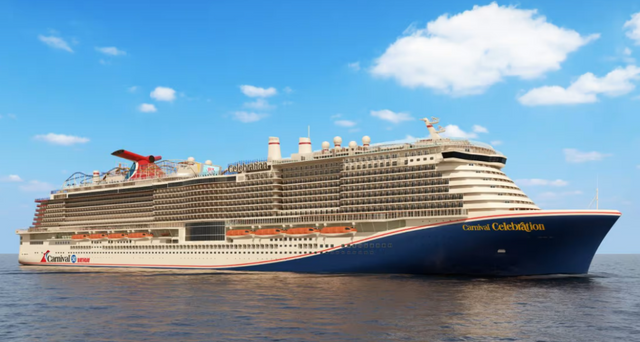 Celebrity Beyond is the third ship in Celebrity’s Edge Series, building on all of the successful components that cruisers loved in past Edge ships, with even more to enjoy.

Celebrity Beyond will feature expanded outdoor space (the main deck will be 40% larger than the main decks you’ll find on other Edge Series ships), a new two-story Sunset Bar, a redesigned Rooftop Garden, a redesigned Grand Plaza with multiple stories and new dining options.

The ship will also offer the largest range of staterooms and suites in the entire Celebrity fleet, so there’s something suitable for every traveler, whether you want a more budget-friendly veranda room or something totally breathtaking, like a two-story villa.

Celebrity Beyond will begin its sailings with a Western European cruise, with stops in France and Spain, before it begins its regularly scheduled Mediterranean itineraries, after which it will then sail to the Caribbean in the fall. 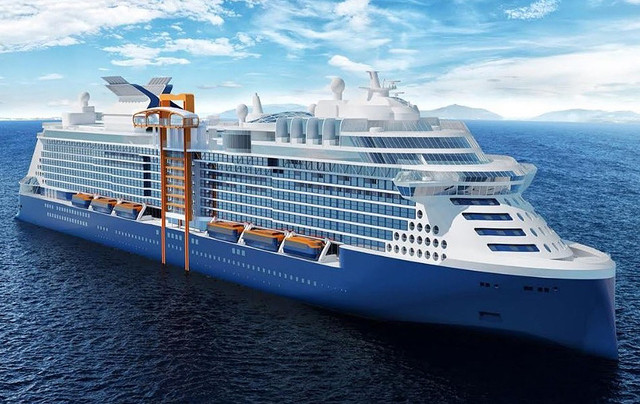 The last Royal-class ship for Princess Cruises, Discovery Princess is the sixth in the class and the third designed with MedallionClass in mind. To take advantage of all the newest and best features found on this ship, book a Sky Suite, which will now feature the largest balconies in the Princess fleet, at more than 1,000 square feet. 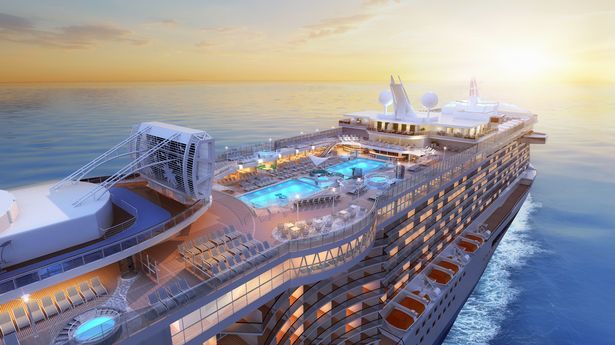 Disney Wish takes all the fun and magic of one of the Disney theme parks and packs it into one unforgettable experience at sea. If you’ve traveled on a Disney Cruise Line ship before, Disney Wish will delight you with all-new features.

There are three, new and upscale family restaurants designed with Disney magic in mind. One is Frozen-themed, with Norwegian cuisine; another is cinematic in style and Avengers-focused; the last new dining option channels the glitz and glamour of Old Hollywood, with a Roaring 20s vibe.

Disney Wish will sail Caribbean and Bahamas itineraries out of Miami. 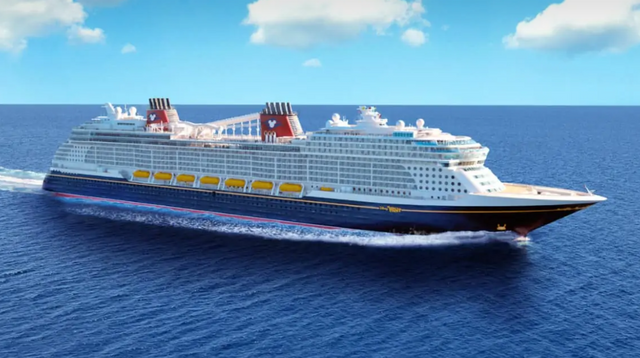 MSC Cruises’ MSC Seascape is one of the line’s Seaside EVO ships, with an all-new experience and spaces for guests to enjoy. With more than 13,000 square meters of outdoor space, the ship is designed to connect guests with, well, the seascape.

About 65% of the public spaces on the ship have been redesigned from previous MSC Cruises designs. The result is more than 2,000 cabin and suites, with 12 different options; more than 10 restaurants and nearly 20 bars; six pools, including an aft infinity pool; a 540-meter waterfront promenade; and a glass-floored Bridge of Sighs on Deck 16 with views of the ocean.

The ship will also boast the largest MSC Yacht Club in the entire MSC Cruises fleet. MSC Seascape is also designed with environmental friendliness in mind, with catalytic reduction systems to reduce nitrogen oxide emissions by up to 90% and sulphur oxide emissions by 98%. 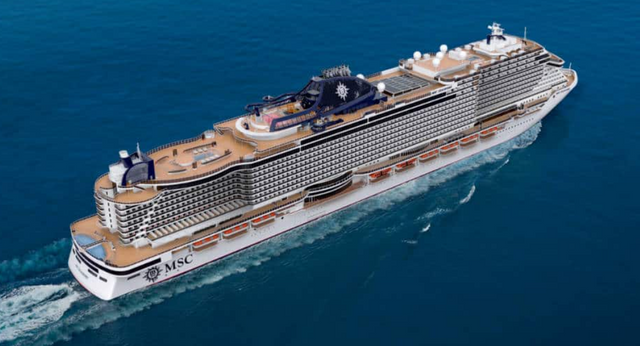 But MSC Cruises has been busy these past few years and MSC Seascape isn’t the only vessel it has in the works. The cruise line also anticipates introducing MSC World Europa as a new World-class cruise ship, the first in the class, to be followed by sister ships in 2024, 2025 and 2027.

The World-class cruise ships, all powered by LNG and with MSC World Europa being the largest LNG-fueled cruise vessel ever built, are expected to be the second-largest class of cruise ships on the planet.

MSC World Europa, MSC Cruises promises, will offer “an entirely new cruising experience.” Plans include ship zones that range from a partial open promenade for shopping and entertainment, to an adults-only zen zone for a bit of tranquil time away from the family, to a family zone for all the children’s activities.

An 11-deck stainless steel slide is the longest at sea. The ship will also offer MSC Cruises’ largest water park yet, with VR-enabled water slides.

MSC World Europa will embark on her maiden voyage in December of 2022 on a special 4-night voyage from Doha in Qatar to her new homeport, the ultra-modern metropolis of Dubai. The line claims the ship will be the most spacious cruise ship at sea, for starters; they also note that the ship will offer the highest staff level of any other new ship, as well as the highest number of suite categories available at sea.

They even are boasting that Norwegian Prima will feature the most outdoor deck space of any new cruise ship, and the most total pool deck space out of its entire fleet.

Norwegian is clearly trying to break records with this one, and cruisers are paying attention; when bookings opened in May 2021, the cruise line experienced its best initial booking week sales and best single booking day ever.

The ship will travel European itineraries for the fall, before traveling to the Caribbean for the winter. In 2023, it expects to head back to Europe. 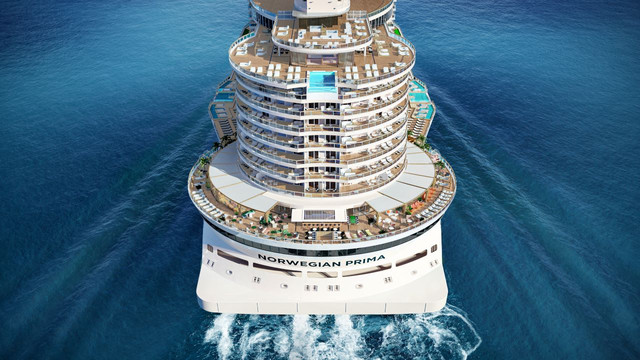 Virgin Voyages continues to grow its new fleet with its third ship, Resilient Lady. Slated for Mediterranean itineraries before moving on to the Caribbean, the ship continues Virgin’s work in refining its identity as a cruise line, so don’t expect anything necessarily ground-breaking.

Virgin doesn’t need to grab for attention the way some of the older cruise lines do, as it’s still young enough to attract cruisers looking for a new experience without adding flashy “biggest at sea” features.

Still, you can expect the adults-only ship to include all the same features cruisers loved about the past two Virgin Voyages ships, including tons of places to dine and drink, a bustling nightlife and wellness amenities.

One of the smallest ships on our list of most-anticipated 2022 vessels, Viking Mars holds fewer than a thousand passengers, with fewer than 500 staterooms, which makes for a more intimate cruising experience.

The ship is very similar to Viking’s past vessels, with all the upscale, luxurious and refined spaces and experiences that fans have come to love about the brand. In other words, just don’t expect a lot of nightlife partying or children’s entertainment. This is an adult cruise line most suited to those looking for both relaxation and transformative travel.

The ship will sail the Mediterranean and Northern Europe, before heading to Asia and Australia. 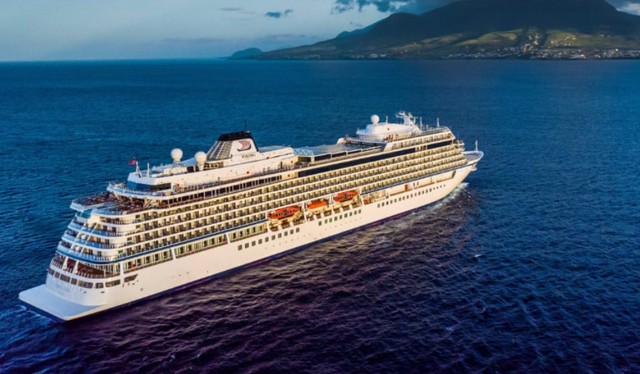 Similarly, Viking Cruises’ Viking Neptune appears next year as a small ship outfitted with all of the amenities and experiences that Viking fans appreciate. The ninth ocean-going ship in the Viking fleet, Viking Neptune will travel between Florida and California, California and England, with its inaugural sailing being a journey between Florida and England that takes a whopping 123 days.

The adults-only ship features spaces very nearly identical to those featured on Viking Star. Viking Cruises has found a formula that works for the brand, and they’ve stuck with it, adamantly. 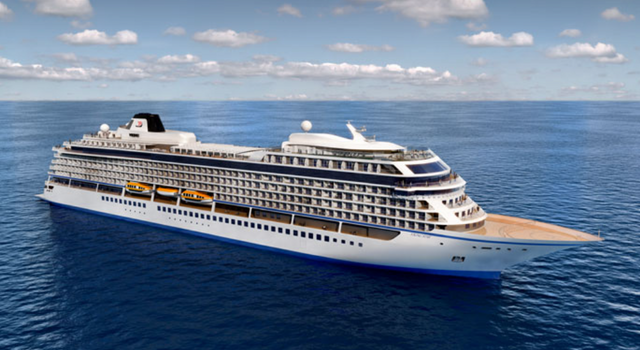 Last up, but certainly not least, the fifth ship in Royal Caribbean’s Oasis Class, Wonder of the Seas will be the largest ship in the world when it debuts and is expected to offer the best that Royal Caribbean is known for, plus so much more.

There’ll be eight unique ship neighborhoods, a first for the line, including a neighborhood just for suite guests with its own restaurant, sun deck and lounge. A redesigned Boardwalk will feature a redesigned AquaTheater, while the water park features the tallest water slide at sea.

When it debuts in March 2022, the ship will offer sailings from Shanghai to Japan, before moving on to Hong Kong in November, for sailings around Vietnam, South Korea, China and Japan for the winter season.