Regent Seven Seas said it has set a new record for selling out a world cruise: less than three hours, for the 2024 Seven Seas Mariner's 132-day sailing round-trip from Miami.

It was the third year in a row that Regent said they broke its own world cruise opening day booking record. The 2024 rates start at $73,499 per person and go up to $199,999 per person for the Master Suite. 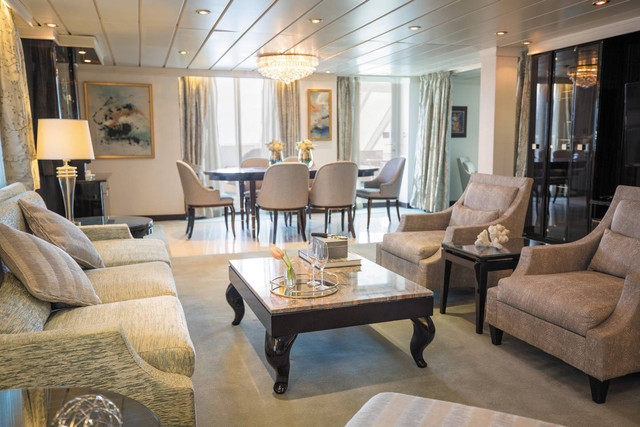 Jason Montague, CEO of Regent, said "With a waitlist longer than we have ever experienced, we knew that the 2024 World Cruise was going to be popular," said president Jason Montague.

"But this outstanding response has surpassed all expectations and is without a doubt our strongest world cruise launch day ever."

"Remarkably, we've found that interest hasn't just come from our past guests, and we have seen a strong increase in first-time travelers with Regent, many of whom were keen to book the higher end of our suites," he said.

The 2024 World Cruise voyage will visit Central America, the West Coast and Hawaii in the U.S., South Pacific islands, Australia and New Zealand, Southeast Asia, the Indian subcontinent, the Middle East, the Mediterranean and Bermuda.

It will span almost five months and 34,500 nautical miles, Regent said, visiting 66 ports in 31 countries and four continents. Included are 442 free shore excursions and access to 61 Unesco World Heritage Sites, the line said, the most the cruise line has ever visited on a world cruise. The ship will overnight 12 times and cross both the Panama Canal and Suez Canal.

Montague said then that the booking record set in fall 2020 for the line's 2023 world cruise doubled the bookings of its 2022 World Cruise in the same time period. That was followed by a single-day booking record in October, which accounted for a 40% increase over the previous all-time high that was set in 2018.