Singapore Airlines has brought its most luxurious aircraft to New York. The reconfigured Airbus A380, which the carrier began using for its JFK-Frankfurt-Singapore service on Monday, is highlighted by six ultra-spacious first-class suites, each of which offers separate recliner seats and beds as well as a sliding door for privacy.

In addition, flyers traveling together can purchase adjoining suites and combine them, and in so doing turn their single bed into a shared twin.

Other upscale features of the first-class suites include a wardrobe closet, a handbag stowage compartment, a 32-inch entertainment screen and automatic window shades, which can be closed in a blackout mode or closed in an intermediate setting that allows some light through. 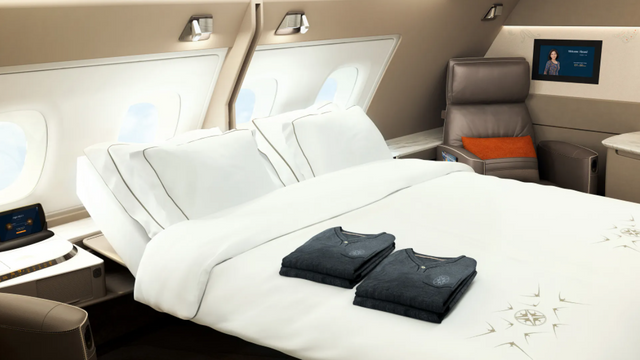 During a tour of the aircraft after it landed at JFK on Monday, Singapore Airlines spokesman James Boyd said that the design of the suites was created to slowly reveal itself over the course of the flight.

"We can take something that's really basic, such as a magazine rack, and we can turn it into a luxury statement. If you look at the stitching on the magazine rack, it was actually inspired by a Hermes Berkin bag, for example," Boyd said. "Or creating a cultured stone to go on top of the credenza -- little moments of luxury, little moments of surprise. Like when you open a stowage compartment and it's lined with leather and quilted, or it has a cove light in it that slowly illuminates as you open the door and slowly dims."

Singapore Airlines, which currently has a dozen A380s in its fleet, first flew this particular configuration in 2017 but not in the U.S. In addition to the six suites, the plane is equipped with 78 lie-flat business-class seats, 44 premium economy seats and 343 economy seats. 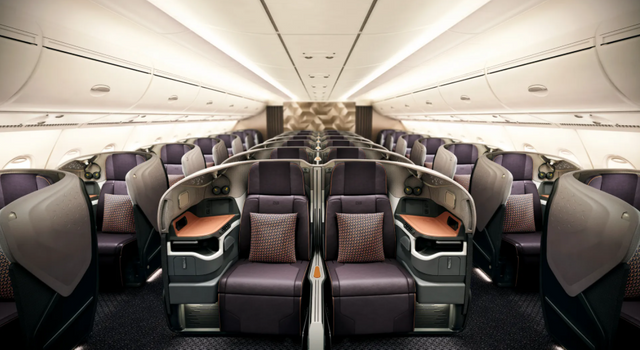 The carrier used the pandemic downtime to retrofit additional A380 planes into the new configuration. Until Sunday, Singapore Airlines had been flying the JFK-Frankfurt-Singapore route with an Airbus A350 or a Boeing 777 since resuming the route in November following a 20-month Covid hiatus.

The new first-class suites, which measure 50 square feet and can be conjoined to make a 100-square-foot space, are double the size of the 12 first-class spaces the airline offered on the A380 it flew on JFK-Frankfurt-Singapore prior to the pandemic. Tickets cost between $8,000 and $12,000 one-way, Boyd said.

Along with using a larger aircraft on its JFK-Frankfurt-Singapore service, the carrier added a new daily nonstop flight to Singapore from Newark on Monday. Those two additions, together with Singapore's daily nonstop Airbus A350 service out of JFK, now have the airline flying well in excess of its pre-pandemic capacity from the New York area. 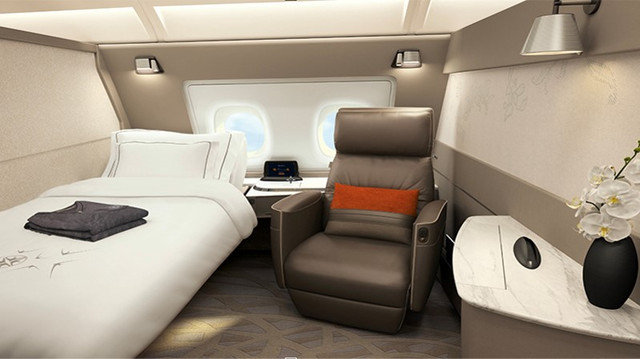