The 15-metre high lava flow has already swallowed 20 houses in the village of El Paso and sections of roads.

A group of 360 tourists have been evacuated to Tenerife from the nearby island of La Palma after a volcano erupted on Sunday, shooting lava 15-meters into the air.

Authorities evacuated about 5,000 people from their homes in the Canary Island after the lava flow, which is moving at 700 meters (2,300 feet) per hour, swallowed 20 houses in the village of El Paso and sections of roads.

It is now spreading through the neighbouring village of Los Llanos de Aridane where hundreds of houses are at risk.

"We are monitoring the trajectory of the lava," Mayor Sergio Rodriguez told TVE radio station on Monday morning. 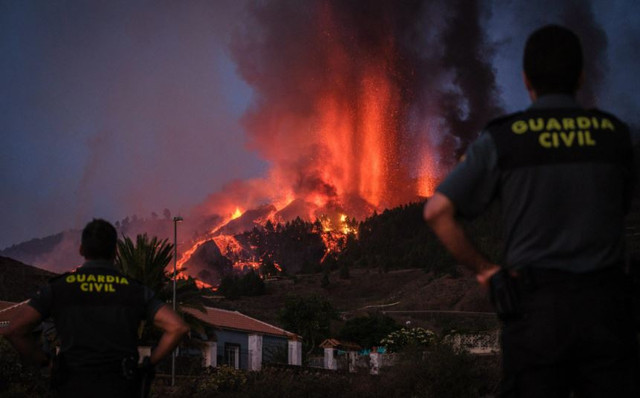 Since erupting on Sunday afternoon, the volcano has poured flows of molten rock towards the Atlantic Ocean over a sparsely populated area of La Palma, the most northwestern island in the Canaries archipelago.

"The lava is moving towards the coast and the damage will be material. According to experts there are about 17-20 million cubic meters of lava," Canary Islands regional president Angel Victor Torres said on Monday morning.

Another 180 tourists, also part of that group of over 500 tourists evacuated as a precaution from the resort in Puerto Naos, could be evacuated to Tenerife later in the day, a spokesperson of ferry operator Fred Olsen said.

No fatalities were reported and none are likely to happen so long as no one behaves recklessly, volcanologist Nemesio Perez said on Monday.

La Palma had been on high alert after more than 22,000 tremors were reported in the space of a week in Cumbre Vieja, which belongs to a chain of volcanoes that last had a major eruption in 1971 and is one of the most active volcanic regions in the Canaries. 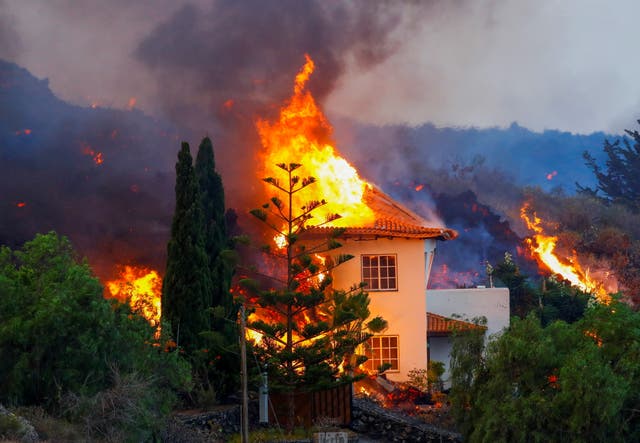 A house burns due to lava from the eruption of a volcano.

In 1971, one man was killed as he was taking photographs near the lava flows, but no property was damaged.

Prime Minister Pedro Sanchez arrived in La Palma on Sunday night for talks with the islands' government on managing the eruption.

"We have all the resources and all the troops, citizens can rest easy," he said.